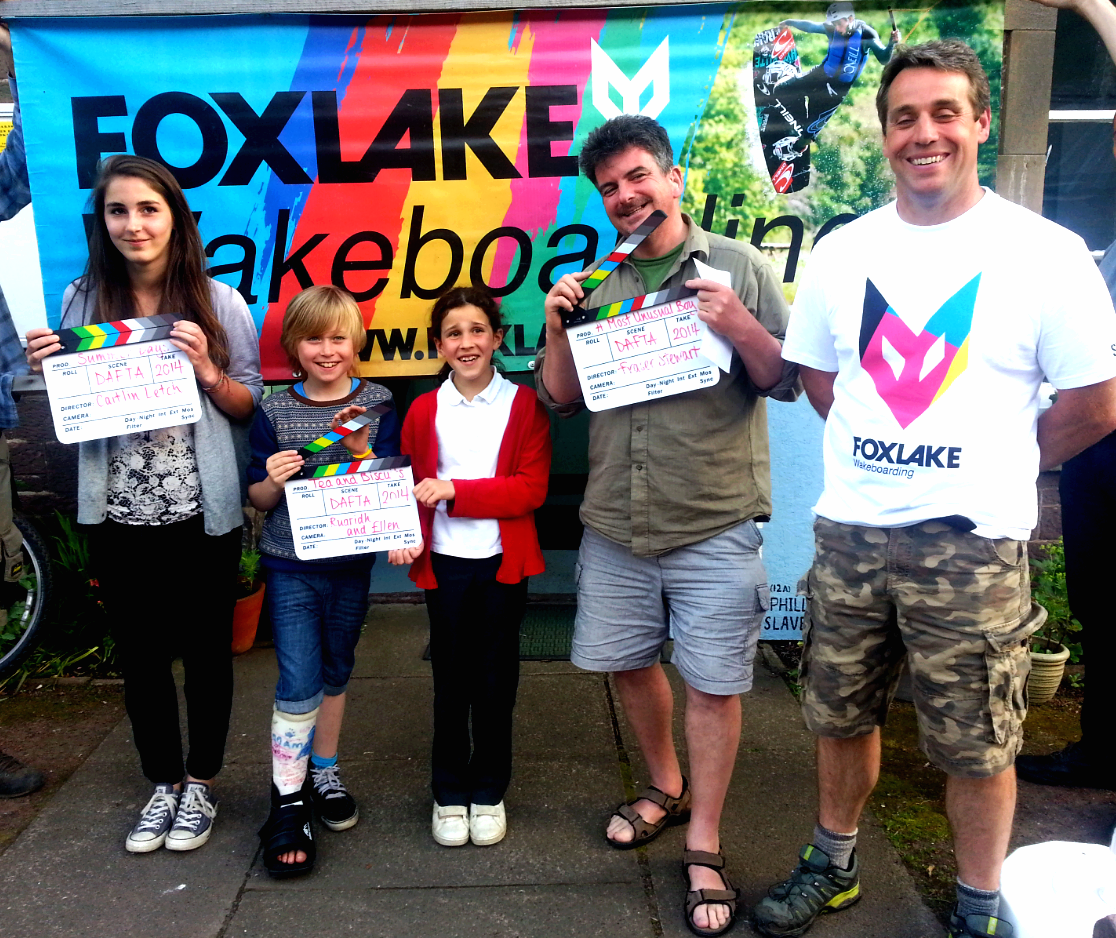 More than 80 people came along to West Barns Village Hall to watch the shortlisted films and vote for their favourites.

And the winners were…

Tea and Biscuits by Ruaridh Page and Ellen Stewart. A hilarious send up by two eight year olds of what grown ups talk about when they get together for a cup of tea.

A Most Unusual Boy by Fraser Stewart. A very professionally made film with a great idea at its core – John Muir as an old man meets his younger self  in modern day Dunbar.

Competition was fierce in the under 12 category with a wonderful stop motion animation by a group of 7 year olds from Belhaven Hill School – The Six Brave Vikings – coming a close second.

All the winners were presented with DAFTA clapperboard trophies and free sessions on the Foxfall Ropes Course at Foxlake by James Barbour of Foxlake Adventures.

Just click on the film titles to watch the films.

Or you can see all the entries to the competition by visiting our Vimeo channel here.