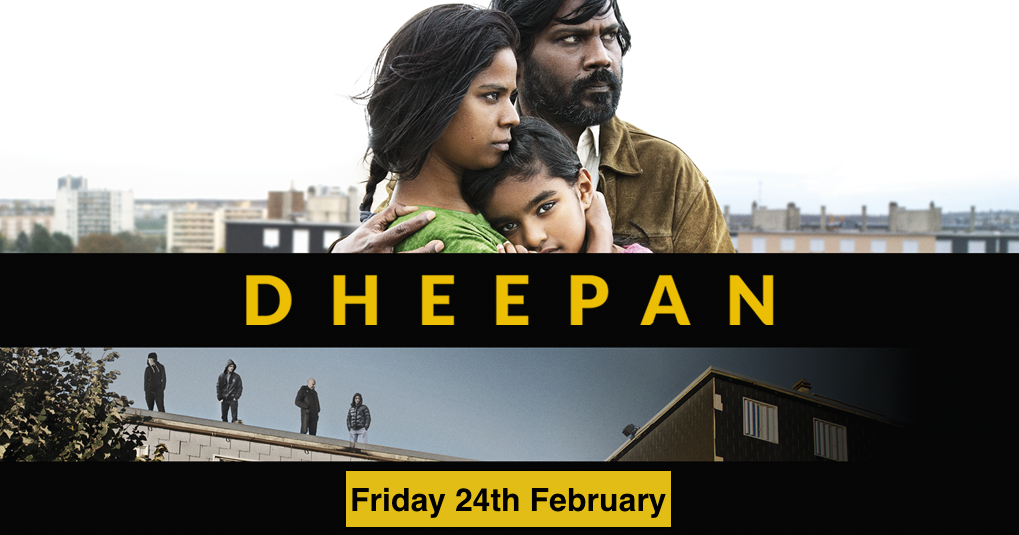 Winner of the Palme d’Or at the 2015 Cannes Film Festival, the new film from acclaimed director Jacques Audiard (A Prophet) is a gripping, human tale of survival. On the losing side of a civil war in Sri Lanka, a Tamil soldier (Antonythasan Jesuthasan) poses as the husband and father of two other refugees in order to escape their ravaged homeland. Arriving in France, the makeshift “family” sets about establishing a new life-only to find themselves once again embroiled in violence on the mean streets of Paris. A heartrending saga of three strangers united by circumstance and struggle, Dheepan is both a tour-de-force thriller and a powerful depiction of the immigrant experience.

You can watch the trailer here.

This months film will be preceded by a free cheese and wine for members from 7.00pm and our AGM.